Raymond was born in New Britain, CT but has lived and raised his family right here in Manchester, NH. He is a very respected and highly esteemed member of the community, known for his dedication and service in New Hampshire. Raymond is a Korean war veteran and a member of the American legion. Some of his life time accomplishments include being the director and president of the Manchester Scholarship Foundation, commissioner of the Manchester Housing and Redevelopment Authority and honored with an Honorary Doctor of Law from NH College. His most notable accomplishments were made in the city while serving as the Mayor of Manchester for five terms in the 1990s. He then sat on the Governor’s Executive Council from 2002-2012. Since leaving his role as a politician the state has built an airport access road and named it Raymond Wieczorek Drive. He has also been named “Citizen of the year” by the Manchester Chamber of Commerce and received Elliot Hospital’s William S. Green Award of excellence. He has been actively involved in many other clubs and organizations including The Boys & Girls club, Veterans of Foreign Wars and was a former president of The United Way. In his free time he keeps up with politics, enjoys a daily coffee with friends, attends events for organizations or clubs and spends his winters in Florida.

Here at Wieczorek Insurance we couldn’t be any prouder of our agency’s founder.

DD
...kept me calm and feeling like a weight was lifted off my shoulders!Danielle D., Manchester, New Hampshire 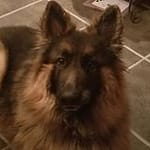 I highly recommend you consider a Wieczorek Insurance for all your insuranceTyler S., Merrimack, New Hampshire 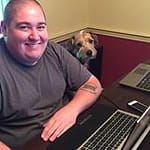